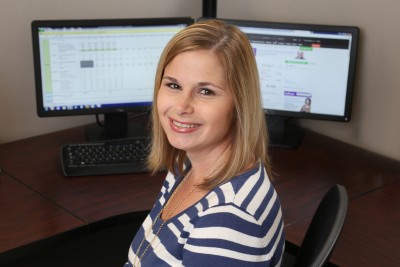 Carlie has been in the life insurance business since 1999, working at a small BGA before moving to CRUMP where she spent 11 years of her career. At CRUMP, she had roles as policy preparer, case manager, Senior Case Manager, Team Lead, and eventually underwriter. Deciding it was time for a career change, Carlie joined The Leaders Group in February of 2015 as a Compliance Analyst. In January of 2017 she moved to the Registrations Department as a Registrations Specialist. She is Series 6, Series 26 and Colorado Life and Health licensed.

Carlie was born and raised in Ft. Lauderdale, Florida and moved to Colorado in August of 2013. She and her husband have three daughters Aubree, Skyler and Brynlee. In her spare time, she loves a good book, spending time with her family, or often re-arranging her house.