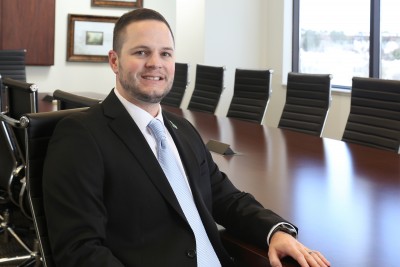 David Francis joined The Leaders Group in January 2010 as a Compensation Analyst and became a part of the supervisory management team as the Compensation Team Lead in 2014. During the summer of 2016, he was promoted to Operations Manager. After being named Principal Operations Officer in 2019, David joined as an integral member of the executive management team while continuing to oversee the Accounts Management and Compensation teams.

David holds the FINRA Series 7, 24, 27, and 66 licenses, as well as a Colorado Resident Producer License for Life and Accident/Health. He is also a Salesforce Certified Administrator which is a credential designed for those who have experience with Salesforce and continuously look for ways to assist in getting even more from additional features and capabilities of the system which is the backbone of our tech stack known as LEADERSlink.

Prior to joining The Leaders Group, David earned a bachelor’s degree in Criminology and Criminal Justice from Colorado State University. He and his wife Andrea are proud parents of two wonderful children Aiden and Ava. His passion is playing golf under the sunny Colorado sky.