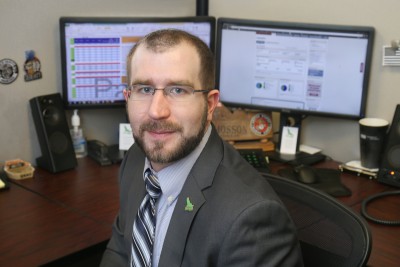 Terry Mosson joined The Leaders Group in November 2013 as a Compensation Analyst. He assisted the rest of the Compensation Department in the processing of all business received through The Leaders Group. In fall of 2017, Terry moved over to the Compliance Department as a Compliance Analyst. He brings with him a strong “can-do” attitude, keen focus and strong attention to detail.

Terry moved to Colorado in 2013. Prior to joining The Leaders Group, he served as Corporal in the United States Marine Corps, serving as an administrative clerk. He studied Business Administration while attending Austin Community College. Outside of the office, Terry enjoys learning an array of topics such as being a proud geek, spending time with friends, and picking up odd tidbits of information.